0 item(s) - ₹0.00
Your shopping cart is empty!
Welcome visitor you can login or create an account.
HomeWish List (0)My AccountShopping CartCheckout
Home » Books » English » Drops of Nectar
Drops of Nectar

Poojya Swamiji writes about this book based on Sreemad Bhaagavatam thus:

"Through discussions and dialogues, dissertations and declarations, the Sage author Vyasadeva presents the ultimate spiritual and philosophical truths endearingly, persuasively and rationally, with a view to allure the common man's mind and compel the skeptic thinker. While the innocent devotees take to the narrations lavishly, the intellectuals, due to their indifference, miss the great treasure piteously. I feel deeply hurt by this plight of our intelligentsia.

They should come out of this enervating shackle of ignorance about and indifference to such a great intellectual Feat and Treat that is the Sreemad Bhaagavatam. At the same time, exponents of Sreemad Bhaagavatam should also reorient their concepts, to bring forth in abundant measure the deeper revelations of the Text, beckoning the modern people to revel in the truths and values exposed therein. In the earnestness to see that the values and messages enunciated in the Text become the warp and woof of daily life in every family, I felt the Text should be explained in its own light, without undue preference and prejudice. This small book is published with this purpose, to serve as an initial exposure to the great Treasure that Sreemad Bhaagavatam holds for one and all of humanity?

Based on the talks given by Poojya Swamiji on Śreemad Bhāgvatam during the 7th Śreemad Bhāgvata Tattva Sameekshā Satram at Naimishāranyam, Wadakancheri, in 2008. In his preface to the book Poojya Swamiji says: “While the innocent devotees take to the narrations lavishly, and the intellectuals, due to their indifference and lethargy, miss the great treasure piteously. I feel deeply hurt by this plight of our intelligentsia. In the eagerness to see that the values and messages enunciated in the Text become the warp and woof of daily life, I felt that the Text should be explained in its own light, without undue preference of prejudice.”

This small book is published with this purpose, to serve as an initial exposure to the great Treasure that Śreemad Bhāgvatam holds for one and all of humanity.

Extract from the Book:

Bhaagavatam is not just a theory. Its expositions and enunciations, at every stage, touch and involve one’s inner personality—the mind, intelligence and ego—with a view to enrich, empower and enlighten them, so that they will function with harmony and integration, generating benevolence to the world and fulfillment to oneself. Extremely subtle and philosophical, the text compels introspection in the listener and reader. It says: the object- world surrounding is no more a creation of one’s own perception. With the perception belonging to, and resting upon the perceiving mind or the perceiver, the whole objectivity and its concreteness begins to vaporize, denying it any independent status of reality. At best, it can claim or the Knower can award, is sensory validity. Being so, any intelligent human has only one option: to contemplate upon the Supreme Intelligence, the whole existence he perceives around being nothing but an illusory expression and extension of the same!...

God is extolled in Bhaagavatam with a view to generate adoration for Him. By this process, the mind imbibes devotion to the Lord. Thereafter, the extolling must stop. Instead, a determined effort to understand and emulate godly virtues and embellishments should be taken up. Only then growth and fulfillment of devotion will be facilitated. This means that the subject of study must be the devotee himself, his thoughts, attitude, behaviour and interaction, all of which must be such as to reflect his position as a true devotee. By this alone, devotion as a means and saadhana will grow steadily, leading the devotee to his goal and fulfillment….

The very fact that our sensory life and interactions repeatedly bring about sukha and duhkha, clearly proves that the worldliness around is tormenting. We do not like duhkha. And the Sukha we relish cannot be had in abundant measure, as we desire. On both fronts, the world is tormenting…

The whole world is but an outcome of our sensory perceptions. Illusoriness is its nature. Without the senses situated on our body, no object whatever can be perceived. It means any object, including the whole world, for its existence, depends upon our senses. The senses themselves depend upon our inner mind for their functions as well as the results these bring about…. 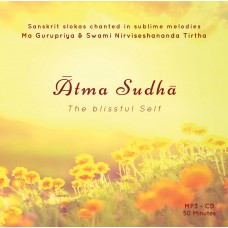