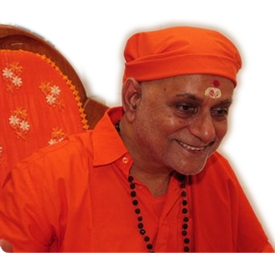 Swami Nirviseshananda Tirthaji, a renunciate disciple of Poojya Swamiji, is known for his scientific expositions which are a source of inspiration to seekers.  Read More... 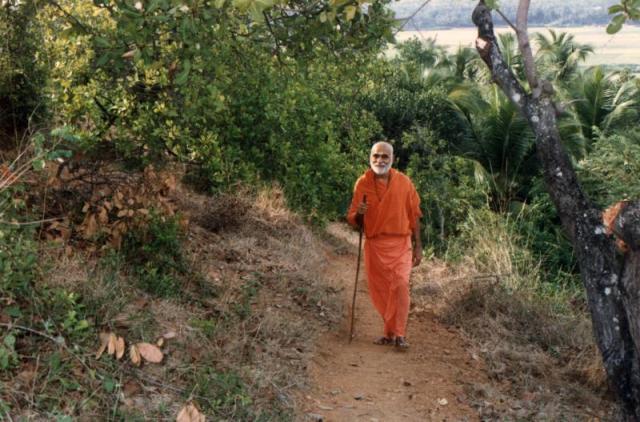 Their life and words of wisdom open our heart, remove our ignorance, and help us realize the Truth and reconnect us with our Universal Identity, our Inner Self. 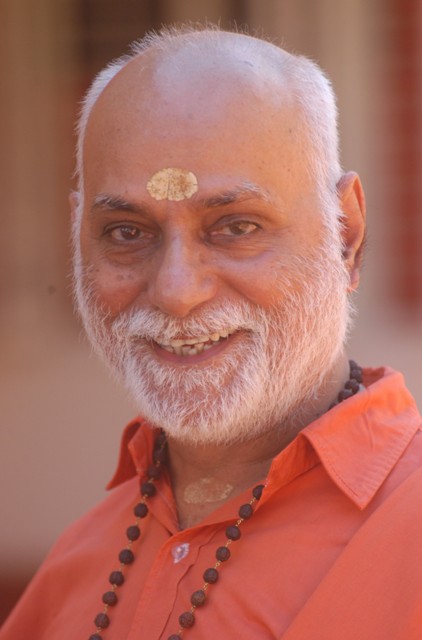 Poojya Swamiji is a Sannyaasin belonging to the ‘Tirtha’ lineage of Adi Sankaracharya, and an active social reformer. He is widely revered as a spiritual master, scholar and exponent of the ancient Hindu Scriptures - Bhagavad Gita, Srimad Bhaagavatam and Upanishads - and is well-known for his discourses on Vedanta and its practical application in daily life.  He has also been instrumental in organizing campaigns for abolition of some discriminative, derogatory and superstitious practices that were followed by some Hindu temples.  He has stood strongly for restoration, preservation and promotion of national values, environmental protection, cultural and academic uplifting of village children and development and welfare of rural areas.

Swami Bhoomananda Tirtha’s association with Baba Gangadhara Paramahamsa inspired him to undergo intense meditation and spiritual practice. Ultimately, in 1956, at the age of 23, he renounced his professional life and embraced Sannyaasa, becoming a disciple of Baba.  After being initiated into Brahmavidya (Science of Self-knowledge), he undertook assiduous study of the ancient texts and scriptures, as well as the Sanskrit language.  As he progressed along the path of spirituality, some of his family members were also influenced to follow him.  Later on, he decided to move back to Kerala, where the young ascetic was invited by many people, institutions and organizations for giving discourses on Indian spiritual texts, which gradually developed into his mission of spiritual knowledge dissemination, leading seekers towards the light of self-knowledge.  He travelled extensively to conduct discourses, and his proficiency in English, Hindi, Bengali, Malayalam and Tamil made it easy for him to interact with seekers from different parts of the country. In 1963, he set up Narayanashrama Tapovanam, in Venginissery, Thrissur, which has, over the years, developed into a centre of intense research in the fields of Spiritual learning and Vedanta. 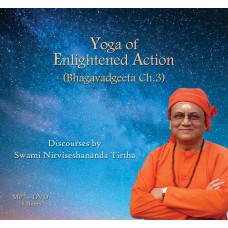